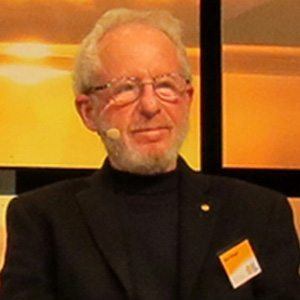 American physicist, academic and Nobel Prize Laureate in Chemistry. He spent over thirty years as a professor in the Physics Department and the Materials Department at the University of California, Santa Barbara.

He won the Nobel Prize for Chemistry in 2000, along with two other chemists, for their discovery and development of conductive polymers.

He had two children with his wife Ruth.

He won the Nobel Prize three years before Peter Agre did.

Alan J. Heeger Is A Member Of