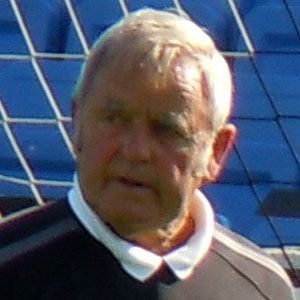 Goalkeeper known for good positional play, he competed for Sheffield United from 1954to 1971 and made five appearances on England's national team.

He began his youth career with Worksop Town.

After his playing career was over, he went on to coach several teams, including the Rangers, Everton, Manchester City, and Aston Villa.

He grew up in Laughton Common, England.

He is credited as the person who brought goalkeeper Peter Schmeichel to Manchester City.

Alan Hodgkinson Is A Member Of