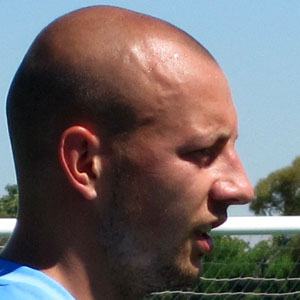 Scottish soccer player who made a name for himself with clubs like Tottenham Hotspur and Aston Villa. He made his debut for the Scottish national team in 2007.

He was born in Glasgow and made his youth soccer debut with Rangers FC in 2000.

He won a Scottish Premier League title with Rangers FC in 2005 and a Football League Cup title with Tottenham Hotspur in 2008.

He married Kylie Mortimer in 2012.

He has been managed by Paul Lambert at Aston Villa.

Alan Hutton Is A Member Of