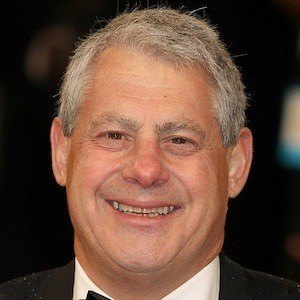 Producer of successful stage musicals, including Les Miserables and Phantom of the Opera, both of which became successful movies.

He was a stagehand at the Theatre Royal, Drury Lane, rising to help manage the stage in several touring productions.

His career took off with the 1981 production of Cats despite critical doubt that such a subject would be appealing to audiences.

His younger brother Robert was also a producer.

He and Andrew Lloyd Webber teamed up for three of the longest-running productions in theatre history: The Phantom of the Opera, Les Miserables, and Cats. Both men were also controversial among theatre fans.

Cameron Mackintosh Is A Member Of