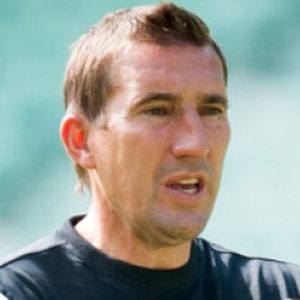 He was born in Lancashire and began his professional career with the Bolton Wanderers in 1990.

He was named to the 1994–95 Football League First Division PFA Team of the Year.

He married a woman named Mandy.

He and former player Terry Butcher have both served as manager of Hibernian FC.

Alan Stubbs Is A Member Of