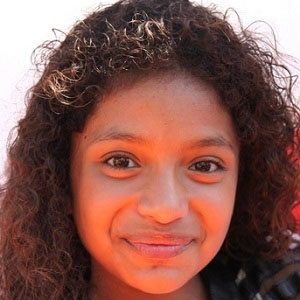 Perhaps best known for her starring role in the television movie Saige Paints the Sky, she also had a large role in another TV movie The Cookie Mobster, and has previously guest-starred in Hannah Montana.

She was a military brat for the first six years of her life before settling in Los Angeles, CA with her mother. It was then that pursued acting and modeling.

She became a traveling performer with the Agape International Children's Choir.

She was born in Pembroke Pines, FL to her military mother and has a sister named Alicia who is a singer.

She starred alongside Sidney Fullmer in Saige Paints the Sky.

Alana Gordillo Is A Member Of