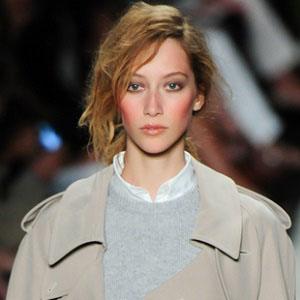 Notable for her photo shoots for W magazine and Russian Vogue and for her advertisements for DKNY and Marc Jacobs, Zimmer is also recognized for her runway work for Givenchy, Christian Dior, Giorgio Armani, and other top designers and fashion brands.

Early in her career, she was named to Style.com's Spring 2007 Top Ten Models list.

She was born and raised in Kitchener, Ontario, Canada.

She participated in an advertising campaign for French designer Jean Paul Gaultier.

Alana Zimmer Is A Member Of