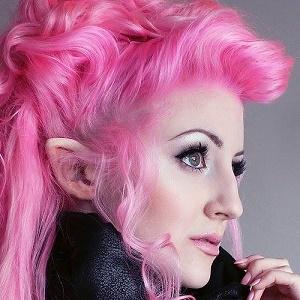 Illustrator, blogger and model who creates highly educational, but also silly, YouTube videos for her channel albinwonderland. On her ALB in whisperland ASMR channel, she shares autonomous sensory meridian response content for relaxation.

She first signed up for her YouTube channel only months after YouTube was first introduced to the world in 2005.

She earned more than 360,000 YouTube subscribers to her ASMR channel. Her self-titled website is where she sells merchandise, from stickers and bags to patches and enamel pins.

She was born in Ontario, Canada. Her first name is Angelina and her initials are ALB. She has a sister and two brothers.

In December 2013, she shared a video about the announcement of Gal Gadot being cast as Wonder Woman.

Albinwonderland Is A Member Of