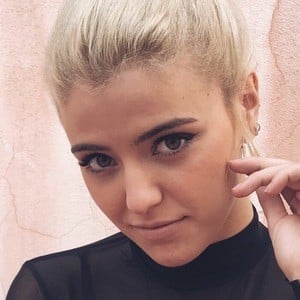 Spanish pop singer who is known for putting out songs such as "Respect", "Alma Mía", and "Toxic." She was the runner-up on the 2018 season of Operación Triunfo.

She's from Elche, Alicante. Her mother is Rafaela Reche García and her father is Miguel Ángel Martínez. She has a sister named Marina who's an influencer.

She's a popular singer who appeared in Operación Triunfo along the same lines as Amaia Romero.

Alba Reche Is A Member Of