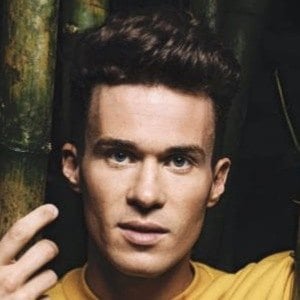 Czech singer and guitarist who is best known for being the frontman and member of the bands Charlie Straight and Lake Malawi. He is also known for having competed in the Eurovision Song Contest program with the band Lake Malawi.

He studied English and interpreting at the Palacky University in Olomouc. He started his career as a singer in the early 2000's and gained attention when he joined the band Charlie Straight in 2006. In 2013, he left the group and went on to form his own band Lake Malawi.

He is known for having won the national round of the Eurovision Song Contest in 2019 when he performed the song "Friend of a Friend".

He was born and raised in Trinec, Ceskoslovensko and is known for having dated model Barbora Podzimkova.

He is known for having been a guest on the Jan Kraus Show in 2017 where he was not only interviewed but performed on the program as well.

Albert Cerny Is A Member Of