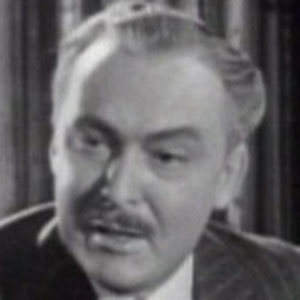 American actor known for his roles in the films Dr. Cyclops, The Killers as Big Jim Colfax, Kiss Me Deadly as Dr. G.E. Soberin, and The Wild Bunch as Pat Harrigan.

After a friend convinced him to drop his plans to become a doctor, he pursued acting and made his professional debut with a stock company in Cincinnati and shortly after appeared on Broadway in Marco Millions.

His first film was The Great Garrick in 1937 and he followed that with performances in Marie Antoinette, Beau Geste, and The Great Commandment.

He was married to actress Esther Guerini from 1929 until 1964 and had three children.

He appeared in the 1955 film East of Eden as Will Hamilton. The film starred James Dean.

Albert Dekker Is A Member Of