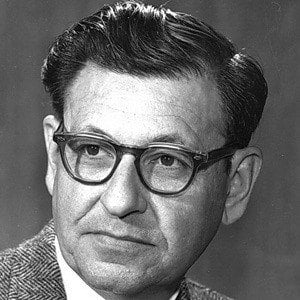 He built radios as a teenager and attended UC Berkeley.

He developed sensitive instruments for detecting the radiation associated with nuclear decay as a part of the Manhattan Project during World War II.

He was married to Wilma Belt for over 60 years.

Like Albert Einstein, he also worked on the Manhattan Project during World War II.

Albert Ghiorso Is A Member Of