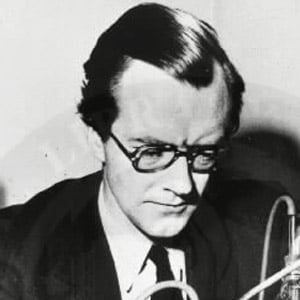 English physicist and biologist who conducted research that contributed to a better scientific understanding of phenomena such as isotope separation, optical microscopy, and X-ray diffraction.

He developed improved radar screens in Birmingham during World War II after studying physics at St. John's College, Cambridge in 1935.

He received the American Public Health Association's Albert Lasker Award in 1960 and was made Commander of the British Empire in 1962.

He attended King Edward's School from 1929 to 1935, which was named after King Edward IV.

Maurice Wilkins Is A Member Of