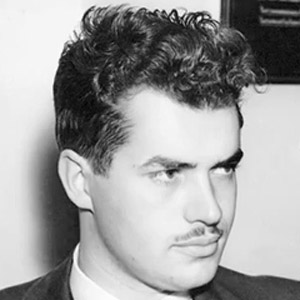 American rocket propulsion researcher and pioneer of solid rocket fuel research who founded the Jet Propulsion Laboratory and the Aerojet Corp. Unfortunately he lost his security clearance and ability to work in rocketry during the communist witch hunts brought on by Joseph McCarthy.

He worked at Hercules Powder Company while a senior in high school.

He was an occultist and one of the first Americans to follow the English author and Thelema's founder Aleister Crowley,

He was very interested in socialism and communism but was unsure in how political leaders like Joseph Stalin would implement that into their countries successfully.

John Parsons Is A Member Of