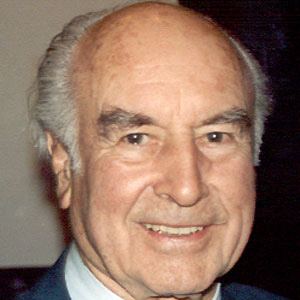 Swiss scientist who was the first person to synthesize, ingest, and learn of the psychedelic effects of lysergic acid diethylamide (LSD). He wrote numerous books including LSD: My Problem Child.

At the University of Zürich he studied the chemistry of plants and animals.

Far from its eventual use, he intended the new chemical compound, LSD, he created to help with respiratory diseases, or even childbirth and for a period it was even given to patients by their psychiatrists.

His father Adolf Hoffman was a factory worker.

He discovered LSD, but Timothy Leary, who he knew, made it popular.

Albert Hofmann Is A Member Of