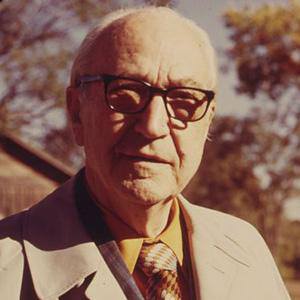 American psychiatrist who founded the Menninger Foundation and the Menninger Clinic in Topeka, Kansas. In his book, The Human Mind, he famously argues that the mentally ill were only slightly different than sane individuals.

He started the Menninger Clinic with his son and hired his closest friends and brother to work there as well.

He was awarded the Presidential Medal of Freedom, by Jimmy Carter in 1981 and he was among the first members of the Society for General Systems Research.

His brother William played a leading role in the US Army's psychiatric work.

His ideas have been said to take after those of Sigmund Freud.

Karl Menninger Is A Member Of