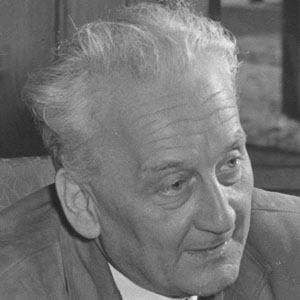 Physiologist from Hungary who won the 1937 Nobel Prize in Physiology or Medicine. His best-known accomplishment is his discovery of vitamin C.

He served as a medic in the Hungarian Army during World War I.

He was a member of the Hungarian resistance movement during World War II and helped Jews escape from Hungary.

He and Scotland's Alexander Fleming are both recipients of the Nobel Prize in Physiology or Medicine.

Albert Szent-Gyorgyi Is A Member Of