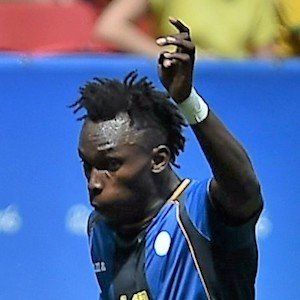 Forward who joined Houston Dynamo in 2018 after being leant to them by Monterrey in 2017. He came in fourth with Honduras in the 2016 Summer Olympics. He has more than 190,000 followers on his aelis17 Instagram account.

He played for the youth team of Real C.D. España in San Pedro Sula before turning pro with C.D. Olimpia in September 2013.

In the semi-finals of the 2015 CONCACAF Men's Olympic Qualifying Championship, he scored two goals.

His parents are Osman Elis and Yohani Martínez.

He and Kevin Hernandez have both played for Honduras' national team.

Alberth Elis Is A Member Of