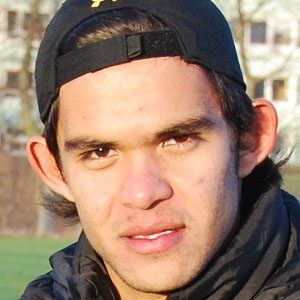 Salvadoran soccer player who won multiple league titles during his six-year stint with Isidro Metapan. He has represented his native El Salvador at events like the 2012 and 2013 CONCACAF Gold Cup.

He played youth soccer with Academia Chelona and River Plate.

He was named to the NASL Fall Team of the Week twice during the 2014 North American Soccer League season.

His full name is Andres Alexander Flores Mejia and is originally from San Salvador.

He played with defender Steve Purdy on the Salvadoran squad at the 2013 CONCACAF Gold Cup.

Andrea Flores Is A Member Of