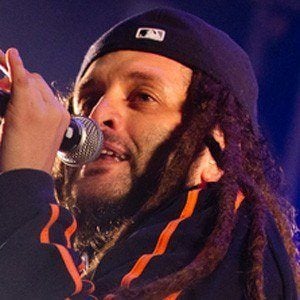 Italian-born reggae guitarist, percussionist, and keyboardist who was the first Caucasian recipient of a Music of Black Origin Award.

He joined Reggae National Tickets, an Italian band, when he was fifteen years old. In his early twenties, he moved to Jamaica to advance his career in reggae music.

In 2008 he released the Soul Pirate, which he followed with the 2009 album, Escape From Babylon.

He was born in Sicily to a policeman father and a housewife mother. His birth name was Alberto D'Ascola.

He, like fellow reggae musician, Bob Marley, allied himself with the Rastafari culture, an African spirituality-based movement that originated in Jamaica in the 1930s.

Alborosie Is A Member Of