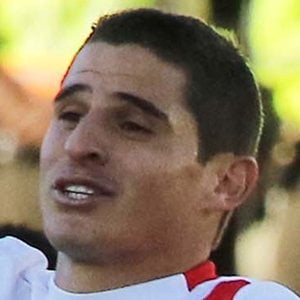 Peruvian football player who is known for his position of right back. He is known for playing in the Descentralizado for Club Universitario de Deportes as well as the Peru national team.

He first began his youth career playing for Regatas Lima in 1999. In 2008 he started his senior career playing on the Alianza Lima team. That same year he made his debut for the Peru under 20 team.

He won the Torneo Descentralizadi award for Right-back of the Year in 2009.

Other players who have also played on Peru's national team include Paolo Guerrero, Christian Ramos, and Nolberto Solano.

Aldo Corzo Is A Member Of