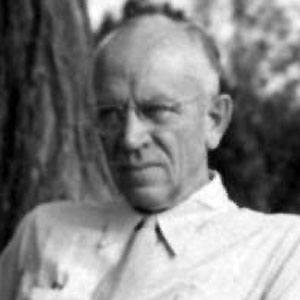 An influential ecologist and environmentalist who laid out his philosophies in the best-selling A Sand Country Almanac.

Hired by cattle ranchers to trap and kill bears and wolves in New Mexico, he came to respect the predators, understanding their role in the balance of nature.

He pioneered thinking about nature as a system, writing in an oft-repeated passage that 'A thing is right when it tends to preserve the integrity, stability, and beauty of the biotic community.'

He was born in Burlington, Iowa. His father Carl was a businessman, and Carl's brother was an engineer and architect.

Eugene Odum was another important researcher into ecosystem, finding also that small changes in them can have large effects.

Aldo Leopold Is A Member Of