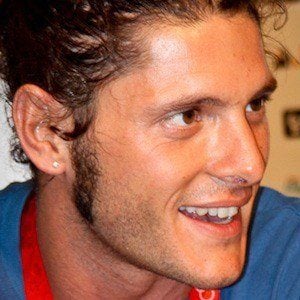 Four-time gold medalist fencer known best for winning his 2004 gold medal bout against Zsolt Necsik. His three other medals came in team events for Italy, with one silver and two bronze.

From a highly-successful fencing background, he started training in foil at a young age, eventually switching to sabre to follow the family tradition.

Along with the Olympics, he's won gold medals at the World Championships, Mediterranean Games, and European Championships.

His grandfather, also named Aldo, and his father, Mario, were both Olympic fencers who medaled several times in the sport, including a gold.

He and Valentina Vezzali both won gold medals in fencing for Italy in 2004.

Aldo Montano Is A Member Of