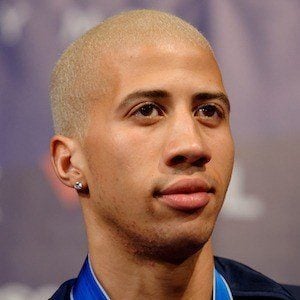 British-born American fencer who is best known for competing in the 2012 Summer Olympics in the men's foil competition.

He first began fencing at the Knox School in Saint James, New York. He earned a full scholarship to Penn State University where he majored in Sports Management.

He has received several medals and awards for his fencing including a gold medal at the Shanghai Grand Prix of Fencing in 2015.

He was born in London and at the age of 8 moved to the United States with his family and settled in New York City.

On Instagram, he has posed for photos with other stars such as Lewis Hamilton and Diplo.

Miles Chamley-Watson Is A Member Of