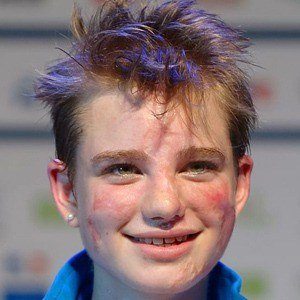 Italian wheelchair fencer who became a European Champion in 2014 before winning her first World Championship in 2015. She took home the gold in the Foil B category at the 2016 Paralympic Games in Brazil.

She grew up in Mogliano Veneto, Italy, where she partook in fencing, scouting and soccer. She was diagnosed with meningitis, which eventually led to the amputation of all of her arms and legs, in 2008.

Her autobiography, Mi Hanno Regalato un Sogno, was published in 2015.

She is the middle of three siblings.

She had huge success at the 2016 Paralympics, where Ivete Sangalo performed at the closing ceremonies.

Beatrice Vio Is A Member Of