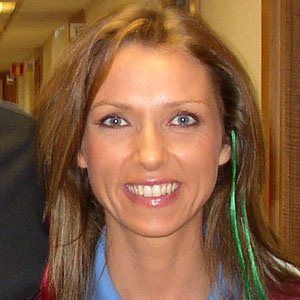 She won her first medal in International Competition at the 1995 World Fencing Championships.

She was the first fencer in Olympic history to win three Individual Foil gold medals at three consecutive Olympics.

She won gold at the 2008 Olympics, where swimmer Michael Phelps won an amazing eight gold medals.

Valentina Vezzali Is A Member Of