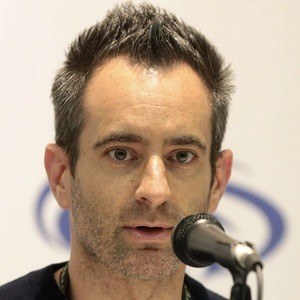 He started studying the piano at age eight. When he was in seventh grade, he began training as a percussionist.

He established Gramoscope Inc., a company that catalogued film and television music.

His marriage to actress Marla Sokoloff resulted in three children.

He composed the music for The Art of Getting By, an indie film that starred Blair Underwood.

Alec Puro Is A Member Of