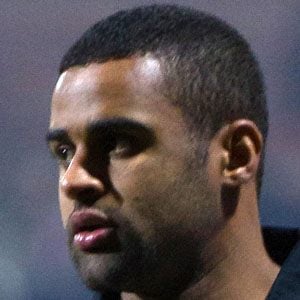 Rugby union player best known as a winger for teams like the Cardiff Blues and Newport Gwent Dragons. He won a gold medal representing Wales at the Rugby World Cup Sevens in 2009.

He was born in Cardiff and began playing semi-professionally for Neath in 2004.

He was a member of the Welsh team which finished fourth at the 2011 Rugby World Cup.

He has been teammates with his older brother, Nathan Brew, as a member of the Dragons.

He was teammates with fellow Welshman Leigh Halfpenny at the 2011 Rugby World Cup.

Aled Brew Is A Member Of