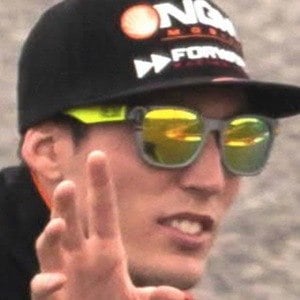 Spanish motorcycle racer who has gained fame competing in the MotoGP class of the Grand Prix Motorcycle World Championship.

He has raced on bikes from brands such as Ducati, ART, Suzuki, and Aprillia Racing Team.

He and his wife Laura Montero have two children named Max and Mia.

Aleix Espargaró Is A Member Of