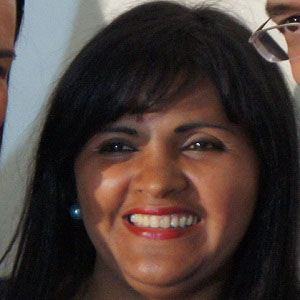 Fencer who won three bronze medals at the Pan American Championships and represented Venezuela at the 2004, 2008 and 2012 Summer Olympics. From 2013 to 2014, she served as the Minister of Sports for the Venezuelan government.

She was born in the Antimano district of Caracas and began fencing at age 15. She joined the national junior team in 1996.

She was a longtime public supporter of Hugo Chavez and was an honour guard at his funeral.

She served as the Minister of Sports under Venezuelan President Nicolas Maduro.

Alejandra Benítez Is A Member Of