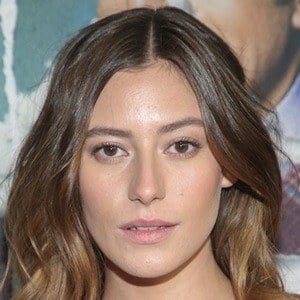 Actress and model represented internationally by Paragon Mexico, Oui Management in Paris, Storm Management in London, MODELWERK in Hamburg and Photogenics Los Angeles. She has been published in Elle Mexico, Vogue Mexico and Playboy.

For Vogue Mexico, she was featured in an editorial called "El arte de seducir" in September of 2013.

Playboy named her the #9 "hottest surf babe" on Instagram. She had been featured in the films A la mala and Compadres.

She was born in Mexico and would later work out of New York City.

She was featured in the film Compadres that starred Aislinn Derbez.

Alejandra Guilmant Is A Member Of