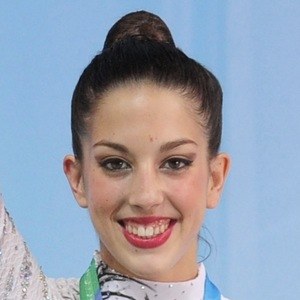 Rhythmic gymnast who took home the silver medal during the 2016 Olympics in Rio de Janeiro. She has a dedicated following on social media, with over 20,000 fans on Instagram.

She started gymnastics at the age of six.

Two years in a row she took home the gold medal at the World Rhythmic Gymnastics Championships.

She grew up with a brother named Paco.

She and Carolina Rodríguez were teammates during the 2016 Summer Olympics.

Alejandra Quereda Is A Member Of