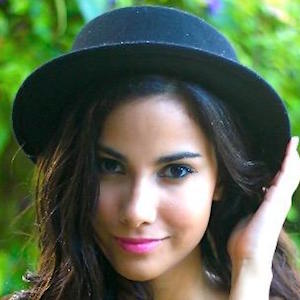 Fashion and lifestyle guru whose hack and DIY videos have earned her a following of more than 120,000 subscribers.

After creating her channel in December 2010, she followed in August 2011 with the debut video "Bohemian Look Hairstyle + Bang Braid | Peinado Bohemio + Trenzas."

One of her most popular YouTube videos is the October 2011 video "Wrap Braided Charm Bracelets DIY" which earned more than 1 million views following its release.

She was born and raised in Puerto Rico.

She is a craft and DIY YouTuber like Coco Chanou.

Alejandra's Styles Is A Member Of