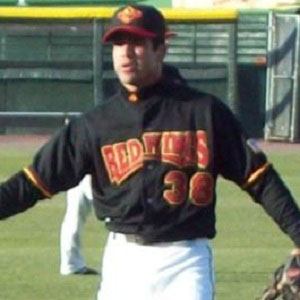 During the 2005 season, this infielder and switch hitter played for the Major League Baseball Team the Boston Red Sox. He later became a minor league player with the Washington Nationals, the Minnesota Twins, and the New York Mets.

He began his career with the Montreal Expos and the Harrisburg Senators, stealing a total of thirty bases during his time with the two teams.

During his first Triple A season, he played for the Pawtucket Red Sox with a batting average of .300 and received a Rookie of the Year Award.

He spent his early years in Caracas, Venezuela, and later lived and worked in the United States and Canada.

He and Clay Buchholz both began their careers with the Boston Red Sox in the middle of the first decade of the 21st century.

Alejandro Machado Is A Member Of