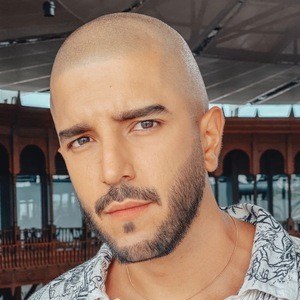 Colombian pop singer who has been a member of the group Cali y El Dandee. His group is known for songs like "Por Fin Te Encontré," "Yo Te Esperaré" and "La Estrategia."

He was studying business administration in college, but he dropped out to pursue a music career. His band's debut album was released in 2011 and it was entitled Flybot.

The music video for his song "Yo Te Esperaré" has amassed over 200 million views on YouTube.

His real name is Alejandro Rengifo. He has been a member of Cali & El Dandee with his brother Mauricio Rengifo, AKA El Dandee.

He collaborated with singer David Bisbal on Spain's song for the 2012 UEFA European Championship.

Cali Is A Member Of