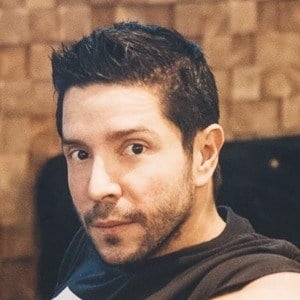 Colombian pop singer who has been a member of the group Cali & El Dandee. His band is known for songs like "Por Siempre" and "No Digas Nada." As a music producer, he helped produce Luis Fonsi's mega-hit "Despacito," for which he won his first Latin Grammy in 2017.

His group released their debut album in 2011 entitled Flybot.

In 2020, he won a Latin Grammy for Producer of the Year for his work with artists such as Sebastián Yatra, Ricky Martin, Daddy Yankee and Becky G, among others.

His real name is Mauricio Rengifo. He has been a member of Cali & El Dandee with his brother Alejandro Rengifo, AKA Cali.

As part of Cali y El Dandee, he released the song "Nada" in collaboration with Danna Paola in August 2020.

Dandee Is A Member Of