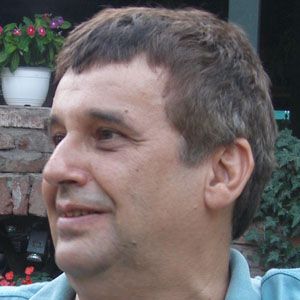 Macedonian author, academic, and musician who wrote a series of essays known, collectively, as Postmodern Babylon. His other publications include The Man with Four Watches, Fairytale on the Road, and A Sermon on the Snake.

He received a literature degree from the University of Belgrade in 1977 and later studied at the Sorbonne in Paris.

He was a member of Idoli, a Yugoslavian rock band, and he later played with a Macedonian musical group called Usta na Usta.

His family lived in the Macedonian capital of Skopje at the time of his birth. He later lived in Belgrade.

Like fellow author Simeon Simev, Prokopiev was born in Macedonia.

Aleksandar Prokopiev Is A Member Of