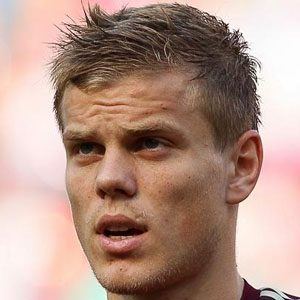 Forward who debuted professionally for Dynamo Moscow in 2008. He became a member of the Russian national team in 2011.

He spent his youth career with Lokomotiv Moscow.

He scored his first international goal on September 11, 2012 in a World Cup Qualifying match against Israel.

He was born in Valuyki, Russia.

He was teammates with winger Andrei Arshavin on the Russian national team from 2011 to 2012.

Aleksandr Kokorin Is A Member Of