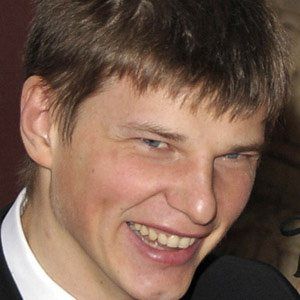 Russian winger who joined Arsenal F.C. in 2009 after nine seasons with F.C. Zenit.

He began his youth career with Zenit at age eighteen.

He made seventy-five appearances for Russia's national team and earned Russian Footballer of the Year honors in 2006.

He had two sons, Artem and Yana, with his wife Julia Arshavin.

He joined the Russian national team in 2002, the same year as striker Aleksandr Kerzhakov.

Andrei Arshavin Is A Member Of