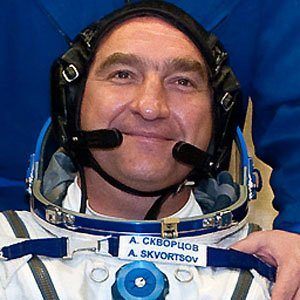 Served as a flight engineer on Expedition 23 to the International Space Station, and became Commander at the start of Expedition 24.

He was a Russian Air Force pilot.

He spent 176 days on his mission to the ISS.

He married Elena Krasnikova and had a daughter in 1990.

Aleksandr Skvortsov Is A Member Of