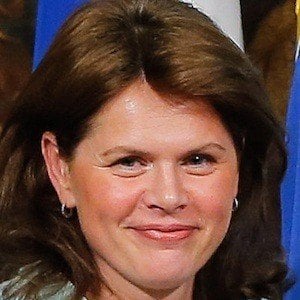 After attending the University of Ljubljana, she worked at the Ministry of Finance. She first ran for office in 2006, winning a position on the city council of Kranj.

In 2014, after being replaced as the leader of the Positive Slovenia party, she formed the party Alliance of Alenka Bratušek.

She has two children, one of whom has played for Southampton's youth club.

Alenka Bratusek Is A Member Of