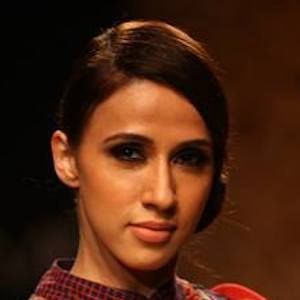 Model and video jockey who is the runway trainer of Femina Miss India and Miss India Universe. Her career began when she won the Look Of The Year competition in 1999. She has since walked in shows such as India Fashion Week and the Inter National Institute of Fashion Design show. She has 90,000 followers on Instagram.

She studied at Bombay Cambridge Gurukul and has a degree in commerce from Mithibai College.

In 2011 she was a contestant on season 4 of the reality show Fear Factor: Khatron Ke Khiladi.

Her father is Indian and her mother is Russian.  She has a sister, Anjali, and a brother, Amit. She married Siddhanth Suryavanshi in 2017. She has a son, Mark, from her marriage with Russian economist Alexander Yanovskiy.

She played a model in the movie Fashion, starring Priyanka Chopra.

Alesia Raut Is A Member Of