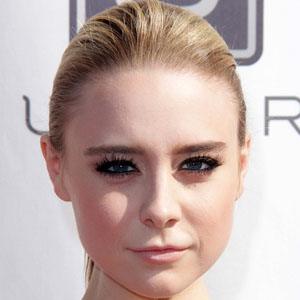 Television actress best known for her role as Zoe in the popular SyFy Channel series Caprica. She also appeared in episodes of Bones, CSI, and Warehouse 13.

She appeared in two episodes of Malcolm in the Middle and in one episode of Arrested Development.

She grew up in Palo Alto, California as the daughter of business and technology executives.

Beginning in 2011, she co-starred with Brad Bell in a syndicated, web-based comedy series called Husbands.

Alessandra Torresani Is A Member Of