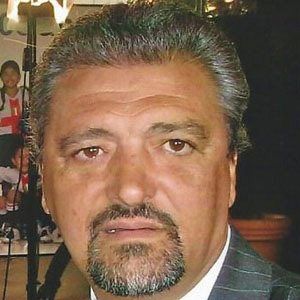 Former Italian striker nicknamed Spillo for his slender build. He scored 25 goals in 61 appearances for the Italian national team from 1980 to 1988 and spent the bulk of his club career with Internazionale, tallying 128 goals in 327 matches.

He began his professional career playing for Italy's Unione Sportiva Latina Calcio in 1973.

He became an analyst for Al Jazeera sports channel after retirement.

He was born to Giuseppe and Giuliana Altobelli.

He and Paolo Maldini were briefly teammates on the Italian national team in 1988.

Alessandro Altobelli Is A Member Of