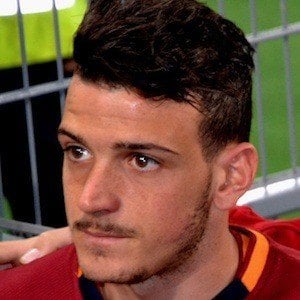 Italian international midfielder and defensive back who made his Serie A debut in 2011. He won the Pallone d'Argento after the 2015-2016 season.

He played for Atletico Acilia's and Lodigiani's youth teams before joining Roma's academy side in 2002.

He grew up playing for Italy's U20 and U21 teams before making his debut with the senior team in 2012. He also spent time early in his career on loan to Crotone.

He has a brother named Emiliano.

He and Radja Nainggolan have played together on Roma.

Alessandro Florenzi Is A Member Of