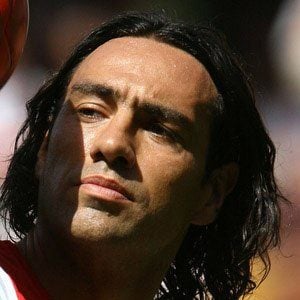 Italian center back who spent the bulk of his professional career with Lazio and AC Milan; member of the Italian national team from 1996 to 2006.

His father enrolled him in a soccer club at his request during his time at the Margherita Bosco primary school.

He turned down several invitations to play in the World Cup during his career because of injuries.

He married Gabriela Pagnozzi on May 7, 2007, and soon after fathered two children, Sofia and Tommaso.

He played alongside Gianluigi Buffon on the Italian national team from 1997 to 2006.

Alessandro Nesta Is A Member Of