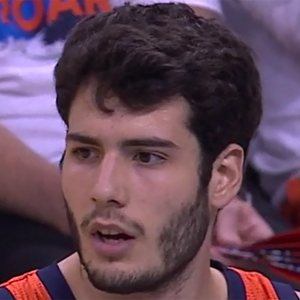 Both a Spanish League and Spanish Cup champion, he is a professional basketball player drafted by the Oklahoma City Thunder in the 2nd round of the 2013 draft who spent time playing overseas for FC Barcelona before officially joining the Thunder for the 2016-2017 season.

He played with the University of New Hampshire Wildcats in 2010-2011. He was the FIBA Europe Under-18 Championship MVP in 2011.

He helped Spain win a Bronze medal at the Rio Olympic Games in 2016.

His full name is Alejandro Abrines Redondo and he was born in Palma de Mallorca, Spain.

In his first full season with the Thunder, he played behind Victor Oladipo on the depth chart.

Alex Abrines Is A Member Of