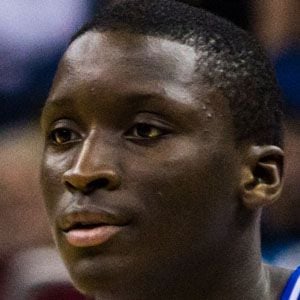 Electrifying guard who was selected 2nd overall by the Orlando Magic in the 2013 NBA Draft. He was selected to his first NBA All-Star Game in 2018 as a member of the Indiana Pacers and also earned the NBA's Most Improved Player award that season.

He played high school basketball at the prestigious DeMatha High School, helping the school win a city title. He then went on to play college basketball at Indiana University and helped the team earn a number 1 ranking in 2013.

He competed in the 2015 NBA Dunk Contest. In 2019, he performed on the show The Masked Singer.

His parents Chris and Joan Oladipo came from Nigeria. He grew up with his sisters Kristine, Kendra, and Victoria.

He was teammates with point guard Elfrid Payton in Orlando.

Victor Oladipo Is A Member Of