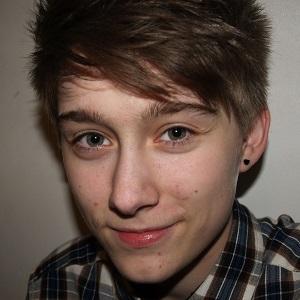 YouTube vlogger who shares with the world what it is like to live as a young transgender person. He has said that he wants to be real with the world on any struggles or triumphs he faces as a trans individual. He is an avid gamer who streams games like Valheim and Sims 4 on his Alex_Bertie Twitch account.

He started vlogging because he wanted to educate the world about understanding diversity while also showing what it takes to be happy in one's own skin.

He posts his videos to his YouTube channel TheRealAlexBertie, which has earned over 280,000 subscribers. He interacts with fans and advocates for LGBTQ rights on his therealalexbertie Instagram account.

He was born in Dorset, England and raised with a sister named Hollie. He has dated fellow YouTuber Jake Edwards.

He was part of the LGBTQ+ Panel at Summer in the City in August 2014 with fellow YouTubers Tyler Oakley and Gary C.

Alex Bertie Is A Member Of