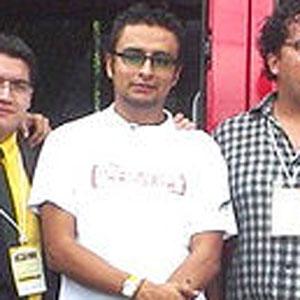 He played recorder in his first group at age fourteen and formed the group Mision Vida at the age of seventeen.

He won the Latin Grammy Award for Best Christian Album in 2011.

He married Natalia Rodríguez in March 2004.

He and Juanes are both popular singers from Colombia.

Álex Campos Is A Member Of